Sage 300
Sage 300 Support and Insights Sage 300: Updating the Report Fonts
Participate in the Sage 300 conversation on Sage City! Click here to join or sign in.

In the late 1920’s, the UK’s Times newspaper commissioned Monotype advisor and typography commentator, Stanley Morison, to redesign its typeface. The Times introduction of its new “Times New Roman” font actually went with little notice, which Morison believed to be a complete triumph. 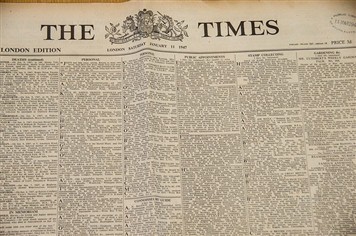 85 years later, history seems to have been repeated with seemingly few Sage 300 users noticing that, for the last few years, all their reports have been printing in Times New Roman font rather than Arial.

The problem stems from the fact that almost all of the Sage 300 Crystal Reports use the font “Arial Unicode MS,” which is no longer supplied by Microsoft. So, in the absence of this font, the reports are defaulting to Times New Roman.

Given the sleek modern revamped look of Sage 300 2018, this old font (which even The Times stopped using back in the 1970’s) looks particularly out of place. Compare the above Sage 300 2018 G/L Trial Balance to the below G/L Balance Sheet from Dingosoft’s new 2018 FRS financial reporter which uses modern fonts and colours to match the sleek new 2018 look and feel. 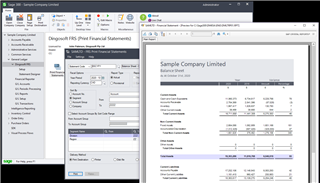 Unfortunately, the Arial Unicode MS font isn’t owned by Microsoft and is copyrighted, so Sage can’t distribute it with Sage 300. Also, you can’t just make a copy of Arial and change its name from “Arial.ttf” to “Arial Unicode MS.ttf” as just renaming the file won’t do anything. 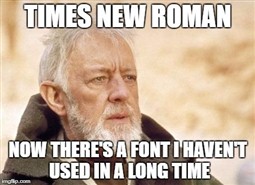 You can; however, download a copy of the standard Arial font that we have renamed Arial Unicode MS from the Dingosoft website. To install the font, just follow these steps:

That’s it. Now try printing any Sage 300 report and it should now be printing in Arial – not Times New Roman.

Now that looks much better. So, do yourselves a favour and don’t use an 85-year-old font with the nice new Sage 300 2018 user interface. In fact, when upgrading to 2018, why not also upgrade to a modern new financial reporter like FRS which will soon also work with Sage 300c web screens to give you a true on-premise / cloud / hybrid solution.

About John Paterson: John has around 35 years chartered accounting and ERP industry experience. A former Sage 300 national support manager, he went on to found Dingosoft in order to concentrate on developing innovative Sage 300 SDK products like FRS and Ledger Manager which is a full sub-ledger for any G/L balance sheet account.