The following blog article addresses new features such as the Sync Monitor as an NT Service, XML Verification file, Corrective file, and Data Recovery. The new features were added to cater for issues such as missing IBTs, Data loss etc. in a Branch Accounting Environment.

Version 10.0 release of the Sync Monitor has had 4 main areas of development which can be broken down into the following categories.

1. XML Verification file - responsible for cleaning up of XML files after successful importing of data.

2. Sync Monitor as an NT Service

4. Data Recovery - The data recovery option is useful if a branch database is lost and needs to be restored to the latest snapshot from HO, without performing a custom export which                could be a very large file taking a long time to import.

Below are some examples of the XML verification file:

We have also added a new dialog to the sync monitor i.e. Add .dat file to the XML verification file. 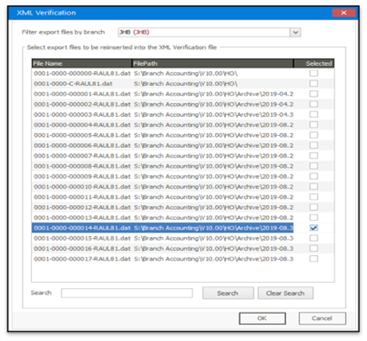 Sync Monitor as an NT Service

The Sync Configurator application will list all configuration files located in the “C:\ProgramData\Sage Evolution\Database Synchronisation\Config” folder. By default, all these found files will be displayed, as the NT service will not know which configuration files are valid.

You are able to run the sync monitor application manually using the selected config file, as well as load, edit and create a new config file. 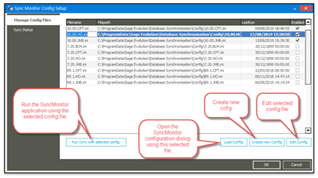 After a successful synchronization process, the LastRun time will be updated automatically regardless of which process started the sync monitor i.e. NT Service, Sync Service Configurator, desktop shortcut. 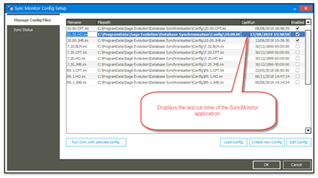 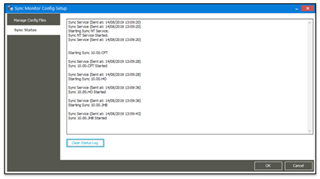 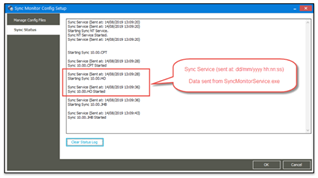 Data sent via the sync monitor.exe 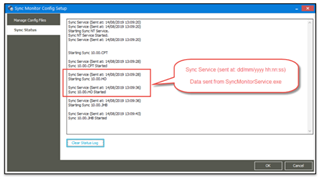 The Sync Status window will only display the following information

The NT Service needs to have a valid Windows account associated with it. The reason being, if the computer is rebooted due to power failure issues, the service will automatically start up and execute the individually enabled sync monitors.

This can be done by opening the Windows service, right-clicking the Sync Monitor Service, and specifying a valid Windows account on the Log On tab. Once this has been completed you will see the Log On As value change from Local System to the Account specified. 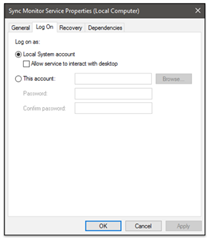 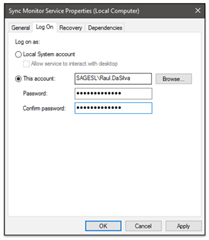 The corrective file is intended to auto correct missing records between databases. Currently, the following tables are set to autocorrect. However, you have the ability to add more tables on SQL such as INVNUM, _btblinvoicelines etc.

Please see below screenshots highlighting this. 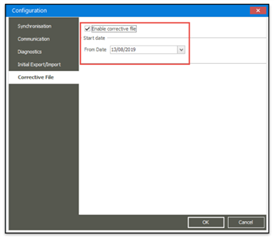 Within the master databases, two new tables have been added to help facilitate the corrective file process. These two master/details tables are:

Essentially the sync monitor scripts the HO database and extracts individual table data which is packaged into a XXXX-XXXX-00001-SUBSCRIBER.dat (Initial export file) or a XXXX-XXXX-D- SUBSCRIBER.dat (data recovery file). The data recovery option is useful if a branch database is lost and needs to be restored to the latest snapshot from HO, without performing a custom export which could be a very large file taking a long time to import. 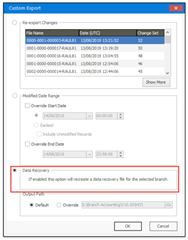