The Sage Connect 2016 conference has just wrapped up in Sydney, Australia. I was very happy to be able to head over there and give a one-day training class on our new Web UIs SDK, and then give a few sessions in the main conferences. This year the conference combined all the Sage Australia/New Zealand/Pacific Islands products into one show. So there were customers and partners from Sage HandiSoft, Sage MicrOpay, Sage One as well as the usual people from Sage CRM, Sage 300, Sage CRE and Sage X3.

A notable part of the keynote was the kick-off of the Sage Foundation in Australia with a sponsorship of Orange Sky Laundry. Certainly a worthwhile cause that is doing a lot of good work helping Australia’s homeless population.

There was a leadership forum featuring three prominent Australian entrepreneurs discussing their careers and providing advice based on their experience. These were Naomi Simpson of Red Balloon, Brad Smith of Braaap Motorcycles and Steve Vamos of Telstra. I found Brad Smith especially interesting as he created a motorcycle manufacturer from scratch.

The big news for Sage 300 was the continued roll out of our Web UIs. With the Sage 300 2016.1 release just being rolled out this adds the I/C, O/E and P/O screens along with quite a few other screens and quite a few other enhancements. Jaqueline Li, the Product Manager for Sage 300 was also at the show and presented the roadmap for what customers and partners can expect in the next release as well.

Sage is big on promoting the golden triangle of Accounting, Payments and Payroll. In Australia this is represented by Sage 300, Sage Payment Solutions and Sage MicrOPay which all integrate to complete the triangle for the customers. Sage Payment Solutions (SPS) is the same one as in North American and now operates in the USA, Canada and Australia.

Don Thomson one of the original founders of Accpac and the developer of the Access-C compiler was present representing his current venture TaiRox. Here he is being interviewed by Mike Lorge, the Managing Director Sage Business Solutions, on the direction of Sage 300 during one of the keynote sessions. 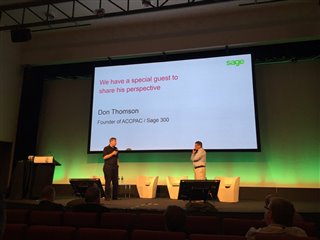 Sage 300 has a large community of ISVs that provide specialized vertical Accounting modules, reporting tools, utilities and customized solutions. These solutions have been instrumental in making Sage 300 a successful product and a successful platform for business applications. Without these company’s relentless passionate support, Sage 300 wouldn’t have anywhere near the market share it has today.

There were quite a few exhibiting at the Connect conference as well as providing pre-conference training and conference sessions. Some of the participants were: Altec, Accu-Dart, AutoSimply, BSP Software, Dingosoft, Enabling, Greytrix, HighJump, InfoCentral, Orchid, Pacific Technologies, Symphony, TaiRox and Technisoft. 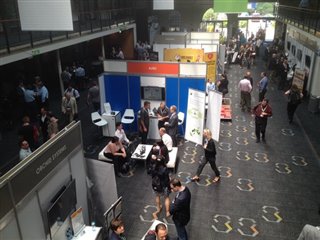 I gave a pre-conference SDK training class on our new Web UIs, so hopefully we will be seeing some Web versions of these products shortly.

It’s a long flight from Vancouver to Sydney, but at least it’s a direct flight. The time zone difference is 19 hours ahead, so you feel it as 5 hours back which isn’t too bad. Going from Canadian winter to Australian summer is always enjoyable to get some sunshine and feel the warmth. Sydney was hopping with tourist season in full swing, multiple cruise ships docked in the harbor, Chinese new year celebrations in full swing and all sorts of other events going on.

The conference went really well, and was exciting and energizing. Hopefully everyone learned something and became more excited about what we have today and what is coming down the road.

Of course you can’t visit Australia without going to the beach, so here is one last photo, in this case of Bondi Beach. Surf’s up! 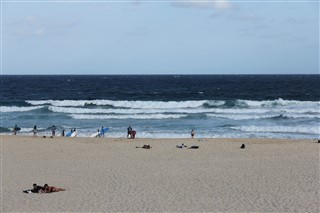