The Sage 300 Web SDK (SDK) is a collection of wizards, utilities, samples and documentation for developing Web Screens for the Sage 300 Application.

The SDK is available at https://github.com/SageNADev/Sage300-SDK.

As described in a previous blog and in the README file in the root of the repository, the branches contain the different versions of the SDK.

In the docs\development folder you will find documents which have updated screenshots in the setup and tutorial documents to reflect the new flow of the Code Generation Wizard.

In the docs\patterns folder you will find a new document for Coding Patterns. At this time, only one pattern is documented, but will soon contain more patterns implemented in the Sage 300 Web Screens.

The docs\presentations folder has been updated and includes a PowerPoint presentation for what’s new in the SDK for 2018.1.

In the docs\templates folder you will find the updated Word Template used by our PDX Content group.

In the docs\upgrades folder is a document for the upgrade procedures for moving partner source from Sage 300 2018 to Sage 300 2018.1. This folder also contains a document for manually upgrading a customization solution’s controller to inherit from our MultitenantControllerBase class instead of Microsoft’s Controller class.

In the docs\wizards folder you will find documents which have updated screenshots to reflect the new flow of the Code Generation Wizard and the new HeaderDetail Code Type.

In the maps folder you will find various code maps which can be opened in Visual Studio to see a graph of relationships in specific classes. 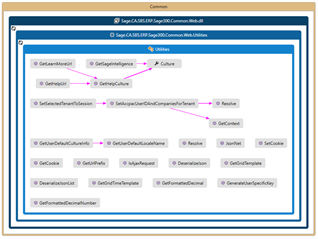 The previous samples have been updated with new references and minor corrections.

The Receipt sample has been re-factored to use the new base class and implementation for HeaderDetail code type.

The Customization Wizard Plugin was modified to generate a controller inheriting from Sage’s MultitenantControllerBase instead of Controller. See the document in the docs\upgrades folder for manual steps.

The new HeaderDetail code type generates enough code to have a functioning header-detail screen that compiles and can be run. However, in this initial offering, a grid (main component of a header-detail screen) is not generated by the wizard. This is being planned for the next release of the SDK! 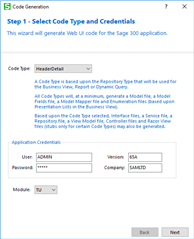 The flow of the wizard has been enhanced to support the new HeaderDetail code type with multiple entities (Accpac Business Views). Information that is relevant to all entities has been moved to the first step. 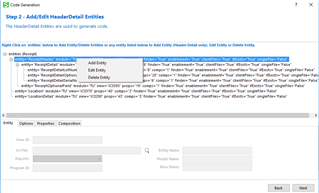 A tree control has been added to the second step for adding, editing and deleting entities. The tree control displays and allows for hierarchical entities as required by the HeaderDetail code type. 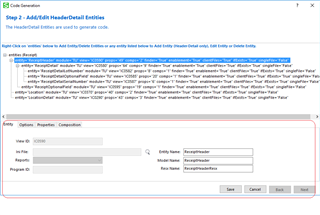 The Entity tab of the second step allows selection of the entity and editing of the properties. 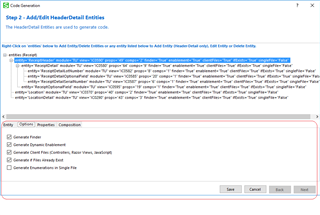 The Options tab of the second step allows selection of assorted options. 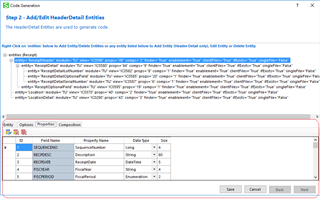 The Properties tab of the second step allows for manual entry of properties for the DynamicQuery and Report code types. It now allows for the modification of property names before the code is generated for the other code types as well. 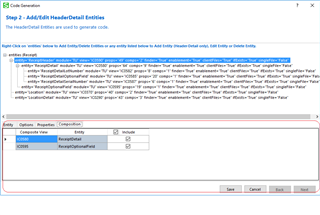 The Compositions tab of the second step is only relevant for the HeaderDetail code type and allows for the compositions of the entity to be included or not. The wizard will generate the composition logic in the CreateBusinessEntities routine of the Repository class. 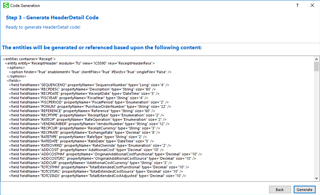 The third step has been refactored to display an XML representation of what will be generated by the wizard.

A new GL Segments endpoint has been added.

The module name for a development partner’s menu item was not being localized when displayed in the window manager. This has been resolved.

An error might be encountered in the Clear Statistics sample. This has been resolved.

There are no code or menu changes required for the new Vertical Menus of the Sage 300 web screens. A default icon (colored puzzle image) will be assigned to a partner’s menu item.

In 2018.2, we are modifying this implementation to allow the partner to specify an icon they want to associate with their menu in the menu XML. The partner will then be required to deliver this icon along with the other module assemblies. 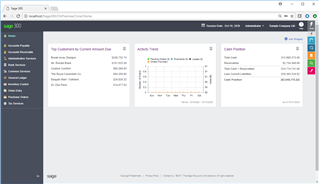 Documentation Updates, new Visual Studio Code Maps, a new Code Generation Wizard flow along with a new HeaderDetail Code Type, updated Samples, and a new WebApi endpoint are all in the SDK.

We continue to look forward to addressing the needs and expectations of the Sage partner community and ecosystem.