How to Use the Quick Pivot Feature in Excel

The Report Tools are provided to offer extra functionality from within Microsoft® Excel®.  They can be found on the BI Tools tab when the reports are run out to Excel from the Sage Intelligence Report Manager. This however excludes any Financial Report Designer reports. 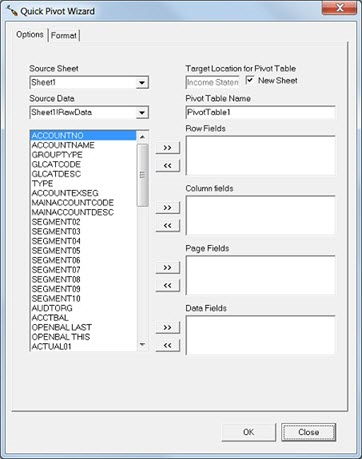 To view a simple Pivot Table to include the fields CustomerName and ExtensionAmt select the following: 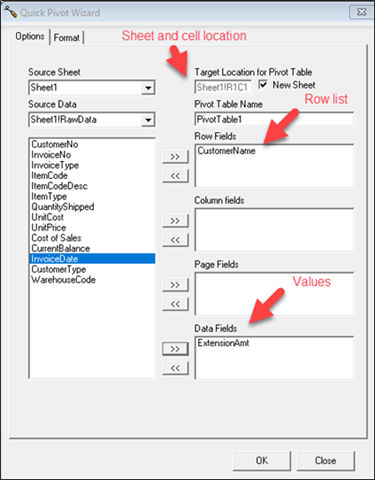 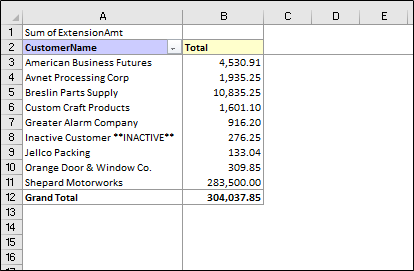 You can also further customize the Pivot Tables using the Format tab which is found in the same BI Tools Tab dropdown list as the Quick Pivot feature or directly from the Quick Pivot window. 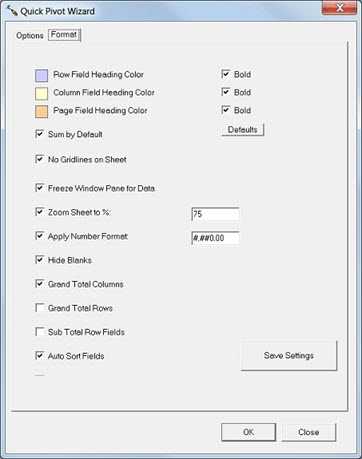