This tip is useful when you want to replace or find text using Wildcards, e.g. if you have a column where you would like to replace everything after the space character with text. 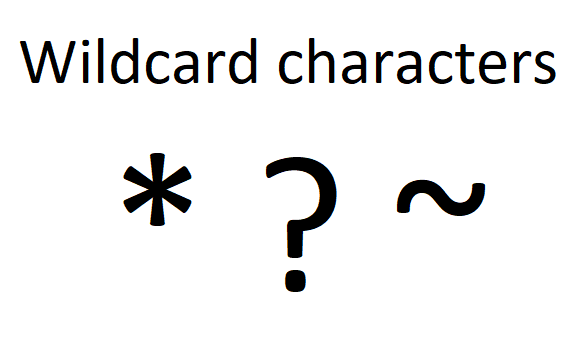 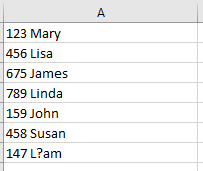 If you wanted to keep only the names, you could use the Text to Columns option from the Data Tab, choose Delimited, select Space and keep the column with names. An alternate method is: 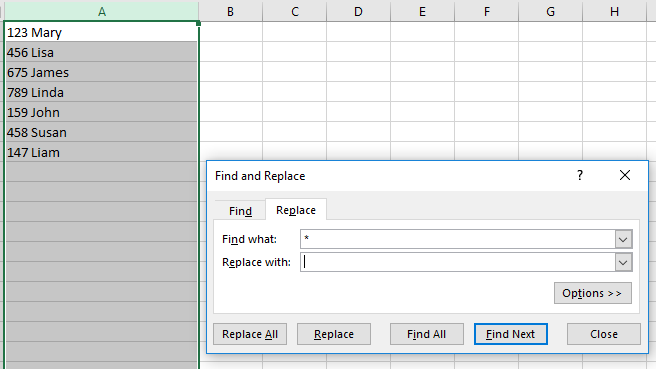 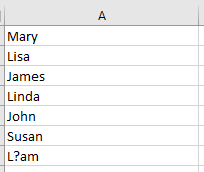 The * wildcard character replaced everything up until a space was found. Using the ? and ~ character to find/filter Consider the following data in column A that contains names. 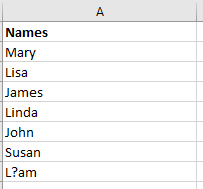 If you wanted to filter on Names that started with the letter L and that were 4 letters in total, you would filter/search on L??? which would result in the following rows being shown. Notice that Linda is not part of the filtered list since it contains 5 letters.

If you wanted to filter only on rows that started with L?, you would filter/search on L~?* which would result in one row being shown since ~ specifies that the next character shouldn't be treated as a wildcard.

Searching on L?* would show the following two rows.

This is a quick and easy method to replace or find data.